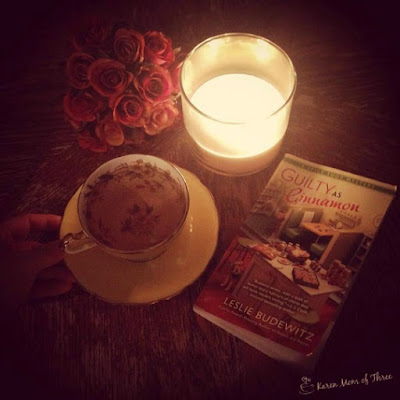 I finished Leslie Budewitz Guilty As Cinnamon in complete awe and amazement. I liked the first book in the series Assault and Pepper but I loved this second installment. Knowing the characters from book one only really helped a little bit and all the new characters really did add more "spice to the mix", this story twisted and turned and got more interesting and intertwined as each chapter unfolded. 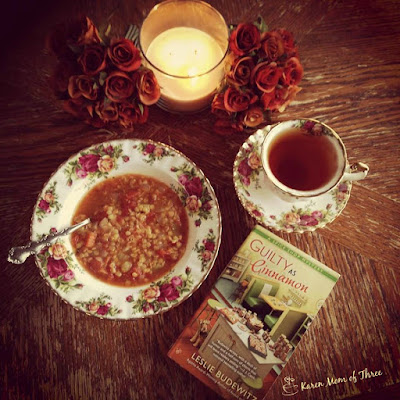 "Murder heats up Seattle s Pike Place Market in the next Spice Shop mystery from the national bestselling author of "Assault and Pepper." Springtime in Seattle s Pike Place Market means tasty foods and wide-eyed tourists, and Pepper s Spice Shop is ready for the crowds. With flavorful combinations and a fresh approach, she s sure to win over the public. Even better, she s working with several local restaurants as their chief herb and spice supplier. Business is cooking, until one of Pepper s potential clients, a young chef named Tamara Langston, is found dead, her life extinguished by the dangerously hot ghost chili a spice Pepper carries in her shop. Now stuck in the middle of a heated police investigation, Pepper must use all her senses to find out who wanted to keep Tamara s new cafe from opening before someone else gets burned" 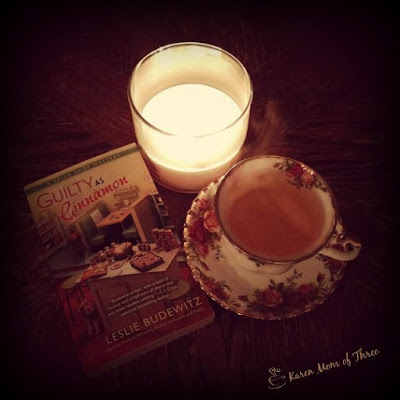 Living so close to Seattle as I do picturing the setting and knowing the pulse of the cities foodie reputation I found this mystery story so plausible, so realistic that it was a very refreshing and had me longing for a 3 hour road trip just so I could be at the Seattle Market myself.  I will admit though that I only liked the first story Assault and Pepper, I enjoyed it but I found it really hard in the first story to picture Seattle as a "cozy city" but with Guilty As Cinnamon   It really sold me on and solidified the cozy atmosphere of Seattle Market and the retailers and restaurants that form the heart of the community. 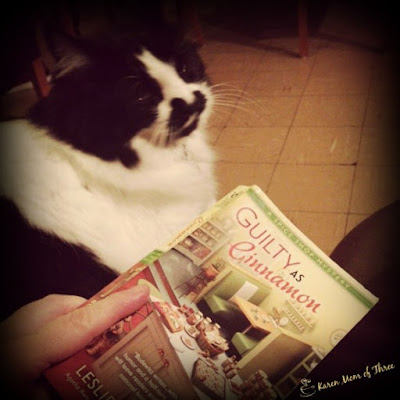 My friend Karen sent me this book to read and I am so glad that she did. I did not pre order it as I should have and I know now based on how good this cozy mystery was that I must unquestionably pre order book three!
Thank you for joining me for A cup of tea and a cozy review. I would love to hear from you so please leave me a comment here or email me at karenmowen@gmail.com
Posted by Karen M. Owen at 12:00 AM