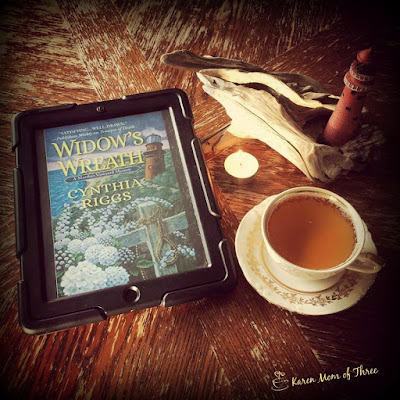 I was granted an ARC from Net Galley for Cynthia Riggs book Widow's Wreath. This was actually another mystery I chose by the cover first. I love lighthouses and love mysteries where they are set near a lighthouse or in a lighthouse so this was right up my alley. This was a mystery I was not prepared for. It was not cut and dry nor was it easy to figure out. I was so impressed with how complex it was. The story was impossible to put down and compelling. Not overly cozy but complex in a goodway and makes for an excellent read.
This book is out now from Crooked Lane Books. 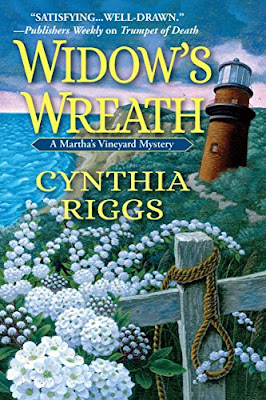 It’s a case of cold feet—and cold-blooded murder—as 92-year-old poet/sleuth Victoria Trumbull gets more than she bargained for after hosting an ill-fated wedding.A wedding on picturesque Martha’s Vineyard promises to be the affair of the season when Penny Arbuthnot asks her cousin, feisty 92-year-old poet Victoria Trumbull, if she can use her property for the reception. Victoria agrees—but she has no idea what’s in store for the hapless couple. For one, Penny is seriously in debt and desperate to marry money. She thinks she’s on the road to riches when she hooks Rocco Bufano, whose father is a multi-billionaire. But unbeknownst to Penny, Rocco’s been disowned by dad. He’s also in hock up to his ears, and thinks he’s bagged the catch of a lifetime in a wealthy Vineyard native. He also knows that someone is out to kill him. In fact, several guests have a reason to off Rocco, among them an autistic savant with a prodigious knowledge of murder weapons. Victoria has assumed the reception will be a modest lemonade-and-gingersnap affair—but when a body is found in her cellar, it may be a happily-never-after in Widow’s Wreath, the fourteenth engaging installment in Cynthia Riggs’s beloved Martha’s Vineyard mysteries.

Thank you for joining me here for a cup of tea and a cozy mystery review. I would love to hear from you so please leave me a comment here or email me at karenmowen@gmail.com
Posted by Karen M. Owen at 12:00 AM