A Grave Issue by Lillian Bell 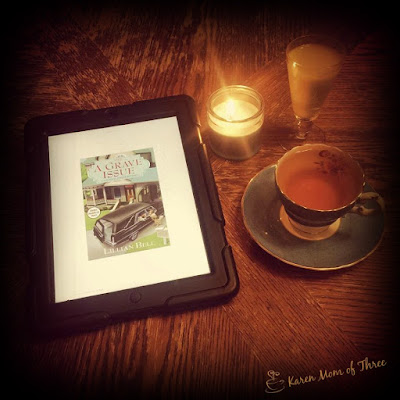 I started A Grave Issue by Lillian Bell on December 30th and I could not put it down. I read into the wee hours just so I could finish it. I was attracted to this series because I had read a wonderful series about a funeral director by Janice J. Richardson, which changed the way I felt about Funeral directors and funeral homes in general. Having lost my mother a few years ago and my brother not long after I normally would shy away from something like this, however I am glad I did not. I loved this story. The idea the family dynamic of running a Funeral Parlor. Main character Desiree returns home, tail between her legs after her her on air career as a reporter comes to an end. Home again and adjusting to the mysterious death of her father, a job that feels natural but just is not quite the perfect fit and a curious mind that will not stop turning Desiree is a great character. I found I could relate to the fact that she was balancing family duty with trying to find her own way in the world, a world that seemed much smaller now than ever before.  This story is about family, about roots, about finding yourself, about getting lost, about making changes and being true to yourself. I loved it and I cannot wait to hear what you think in February.  This one is put out buy Crooked Lane Books. 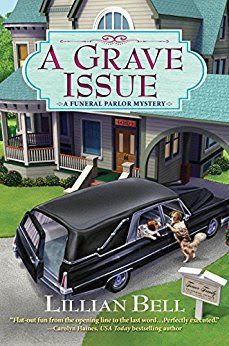 After an on-air gaffe goes viral and jeopardizes her career, journalist Desiree Turner retreats home to Verbena, California for some peace and quiet. She begins working one of the quietest jobs around: presiding over funerals for her great-grandfather’s funeral parlor. But the action seems to follow her as a fistfight breaks out between neighbors Rosemarie Brewer and Lola Hansen at one of the first funerals she’s in charge of running. It exposes a nasty dispute and Rosemarie’s husband, Alan, is found murdered shortly after.Lola’s husband, Kyle, is immediately arrested. Desiree, whose own father’s death was devastating, has always viewed Kyle as a second father. Determined to clear his name, Desiree jumps head first into the investigation and quickly discovers that Alan had several unsavory habits at his job and in his personal life, including putting assets into his mistress’s account to hide them from Rosemarie. People murder for money and love all the time, and there’s no telling who he offended just enough to push them over the edge.Desiree is looking in all the right places, but she better catch the killer fast before they come for her next in A Grave Issue, the clever series debut by Lillian Bell. 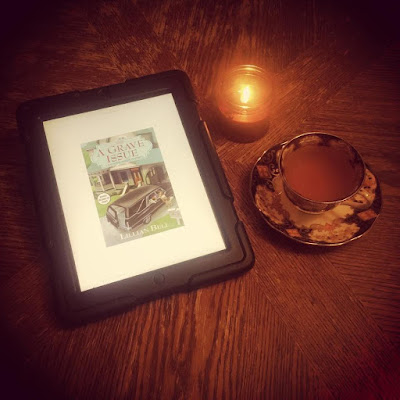 You can pre order this cozy on Amazon by clicking here
Thank you for joining me for a cup of tea and a cozy mystery review. I would love to hear from you so please leave me a comment here or email me at karenmowen@gmail.com