The Reluctant Reader And Captain Underpants 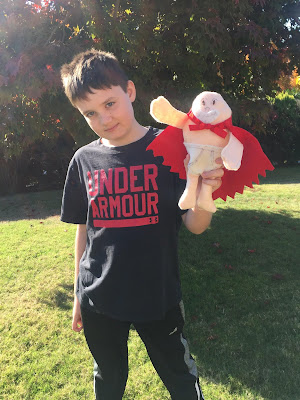 Friday the 19th was a non school day for my Reluctant Reader. With my new work schedule I was still lucky enough to have the day off. We spent the morning creating a "Captain Underpants Plush" for my Reluctant Reader.  Last year if you may remember my youngest son finally found some books to love. I call him the reluctant reader because like most boys his age, I have found, they are just not motivated to read. I remember my grandfather telling my mother that it really did not matter what they read as long as they were reading. He did not care if it was comic books or the back of the cereal box, as long as it was meaningful to them the love of reading would follow. For Alex, that I have found to be true. 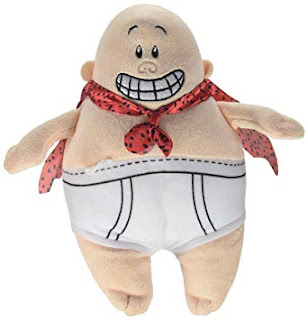 It all started for us when Alex found a Captain Underpants plus online but it was sold out. We decided to make our own and we used felt, my sewing machine, trusty glue gun and a sharpie marker. I had forgotten to buy stuffing and we improvised and used toilet paper, hey it happens. 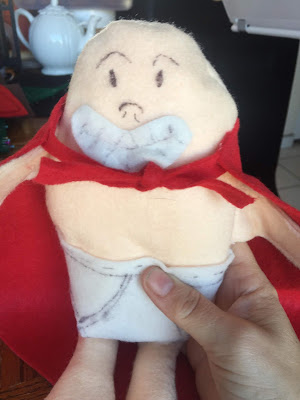 I was more than a little impressed about how well it actually turned out. 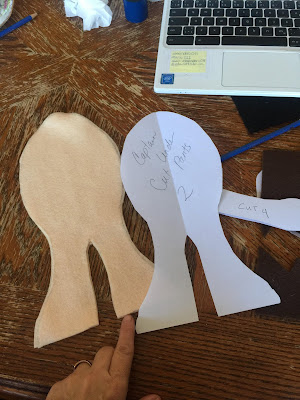 I drew out the shape of the body on a piece of regular paper and cut it out, then I cut out arms with hands. I wish I had sewing pipe cleaners into the arms but it was an after thought, next time I will. 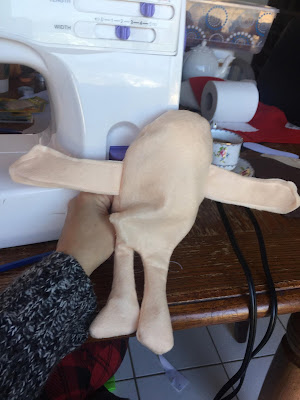 I did not stuff the arms either, I likely should have.  I was thrilled with how easy this came together. 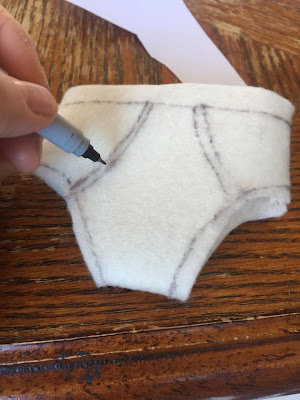 I used paper to create the underpants first and then cut out the felt, I measured and sewed the underpants, and then drew on the details. Once they were sewn and drawn we put them on and I secured them with a bit of hot glue. 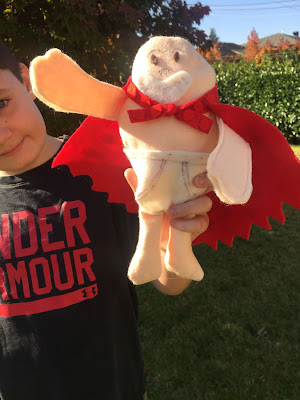 The cape was easy to make we used two different reds one dark color for the main part of the cape and cut out circles with a lighter red and glued them on the cape. We cut out a mouth, drew on the teeth and glued that and brown eyes into place. 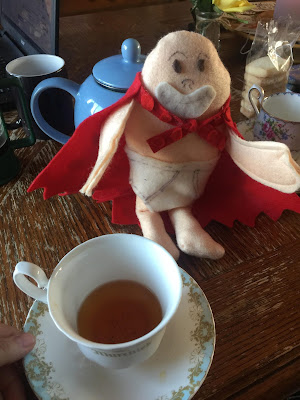 In the end what was once just pieces of felt became a superhero and a new best reading friend.
Even though Alex is my youngest son, my older boys did not discover the joy of this cheeky and very well written series.
Thank you for joining me for a cup of tea and a reluctant reader craft experiment. I would love to hear from you so please leave me a comment here or email me at karenmowen@gmail.com
Posted by Karen M. Owen at 12:00 AM