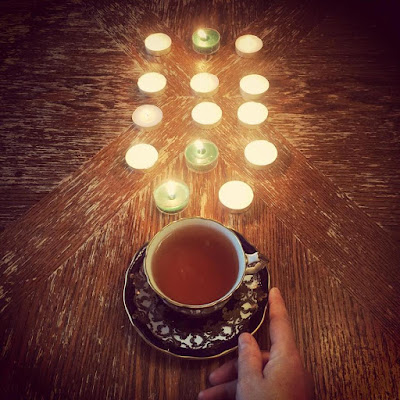 It is Saturday morning and normally I write my posts the night before but I just could not yesterday. This week has shown me a multitude of situations and feelings that are not easily processed. I woke up to the news that there are 14 confirmed dead hockey players who were simply just trying to make their playoff game and the sadness as a parent, hockey parent and human is shocking.  Exactly one week ago we were playing our own first game of our hockey tournament and the unexpected highs and lows of our own tournament came to mind along with extreme gratitude for our own bus driver whose careful driving and experience  got us to Kelowna safely through the snow and a mix up of dates and times.
I will get to tea and reading I swear but I wanted to share that during the trip my youngest son who is a goalie took a slapshot to the front of his mask and had his bell rung. 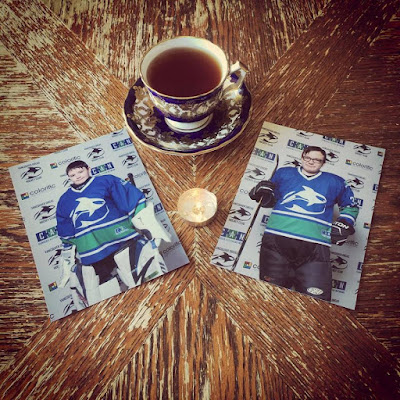 In my heart of hearts I knew that the mask did it's job and that he would be okay but nothing could have prepared me for what would happen next.
A bit of background is that I am a hockey mom of two players with Special Needs. The tournament was made of up teams of hockey players who all face different special needs challenges. In that moment that my son had the wind knocked out of him something more extraordinary happened. The goalie from the opposing team left his net and not only skated to check on my son's well being but he made a choice to play for our team and cover my sons now empty net.
There is something so moving in that very gesture. Something that can not accurately be put into words.  Eventually the goalie from another team who was going to play after us, took up the vacant net of the other goalie and they both played as if they were on their own teams for the glory of the game. 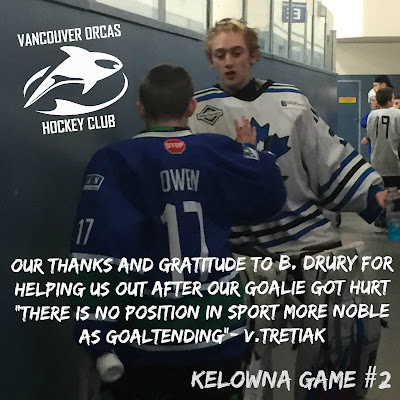 After the game was done and Alex was on the mend, these two met and embraced off ice, traded stories and tips and formed an amazing bond. We Drafted goalie Drury to play with us for the last game and he and Alex took turns in the net. 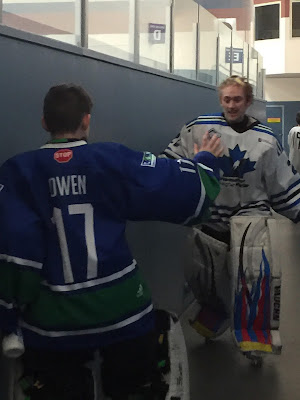 This amazing goalie, who has come through insurmountable struggles with his own health,  played 5 games on a day where three was all that was needed. We lost every game but it never mattered. I took away and so did the team, parents and volunteers so much more . May we all strive to be a little more like Brandon Drury. 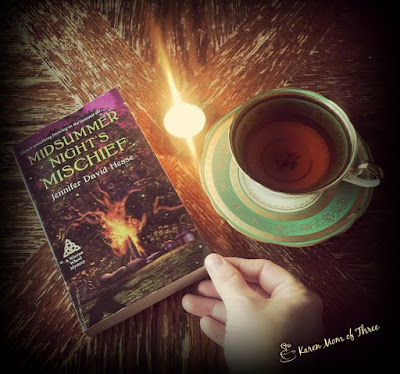 Over that weekend I read Midsummers Night's Mischief which was the only book in the Wiccan Wheel series I had not yet read. I loved it. 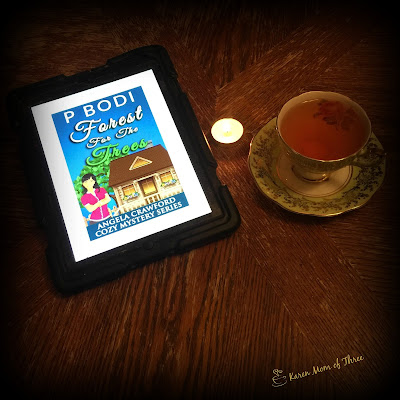 I read another P Bodi cozy mystery shor and I was very impressed. I have become quite a fan of these cozy shorts and I recommend checking them out. 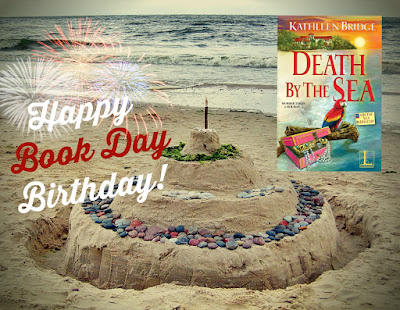 I hosted a release day party for Kathleen Bridge and her new book Death by the Sea, this was such a fun event and I hope you got a chance to stop by. 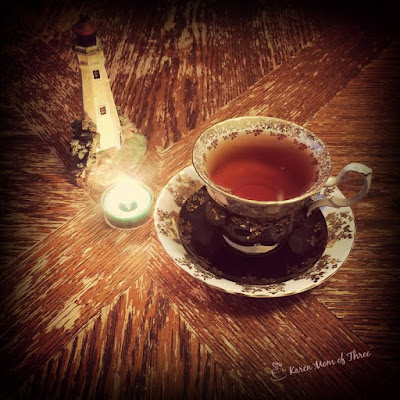 I did more writing this week than reading which is unusual but I did share a flash fiction piece I worked on for what I hope will become a cozy over time. You can find that story by clicking here. 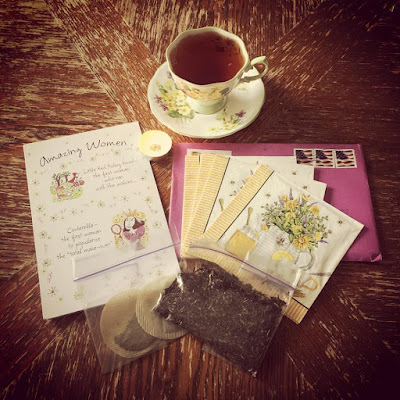 This week I have been sustained by my Murchie's Vanilla Black tea, treated to some lovely Darjeeling tea from one of my tea swaps and had a few herbal teas as well. 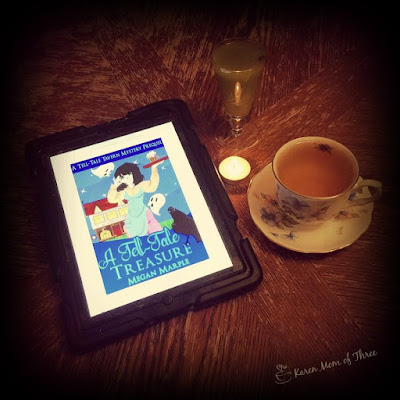 Thank you for taking the time to join me today for a cup of tea and a cozy mystery week in review. I would love to hear from you so please leave me a comment here or email me at karenmowen@gmail.com