A Cup of Tea and A Chat About An Up Coming Cozy Mystery By Lena Gregory Called Death At First Sight! 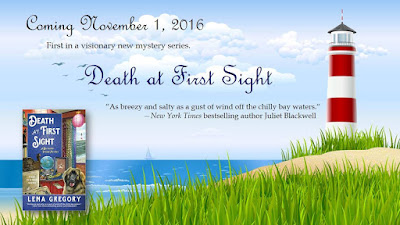 Coming this November is a new series by Lena Gregory and the first book in the Bay Island Psychic Mystery series is called Death at First Sight. Today Lena Gregory joins me for a cup of tea and a chat about this cup coming release. 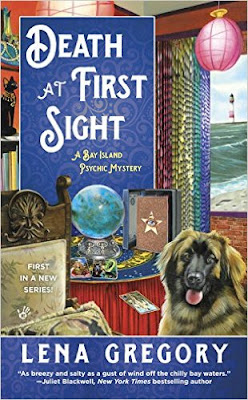 KMOT: What sustains you while you are writing? Coffee, Tea or other?


LG: Diet Pepsi and chocolate keep me going! I have to admit, I have a slight addiction to both.

KMOT: How long was the writing process for Death at First Sight?


LG: It took about two or three moths to write the first half of Death at First Sight, but once I hit the middle, the rest just flew out. I finished the second half in about two weeks. Then I took a week to edit, before sending it out to my agent for another round of edits.

I'll never forget the call from my agent, Dawn Dowdle, a couple of months after she started submitting my manuscript. I was at the Magic Kingdom in Disney World when she called to tell me Berkley was interested in Death at First Sight. The entire deal was negotiated and accepted via email from my cell phone. That was an awesome vacation!


KMOT: How did you pick your setting of Bay Island for your main character Cass to come home to?


LG: I live in a small town on the east end of Long Island, and I loved the idea of a small island community between the forks. The scent of the sea, waves lapping against the shore, seagulls screaming, and children laughing and playing have always reminded me of home, and I wanted those things to bring comfort to Cass when she needed it most. Plus, the island setting makes it difficult for help to reach them from the mainland in book two, Occult and Battery. 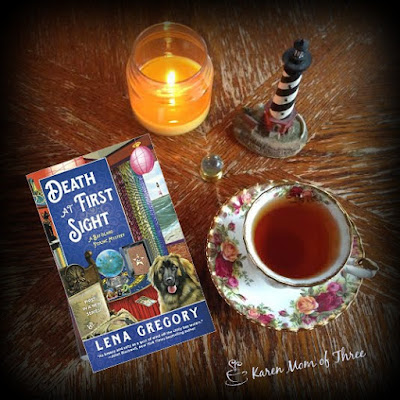 KMOT: Is Cass' shop based on any exciting psychic shops?


LG: Cass's shop is not based on any shops I know of, but some of her methods are loosely based on a psychic I went to at one time, who was amazing, as well as remarkably accurate. When the reading was completed, I left with a sense of peace and calm that I try to bring to Cass's customers.

KMOT: What would like my readers to know about your writing and this November release?

LG: Death at First Sight is my first cozy mystery, and I'm very excited for its release. It's the first book in the Bay Island Psychic Mystery series. The second book, Occult and Battery is scheduled to release in April, and book three, which I am currently writing and has not been named yet, is tentatively scheduled to release in October of 2017. I am also currently plotting a new series I hope to begin writing soon.

Thank you Lena for joining us today! I am really looking forward to your book! 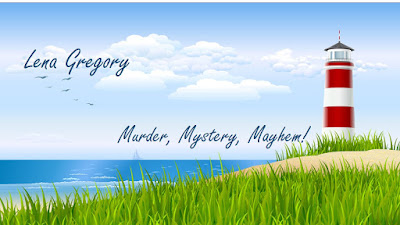 Want to know more?
FIRST IN A VISIONARY NEW MYSTERY SERIES.   It doesn’t take a crystal ball to see that something’s not right on Bay Island...   Since she left her psychiatric practice in New York City to open up a psychic shop in her hometown on Long Island, Cass Donovan has given her fair share of readings to conflicted customers. But what she sees in Ellie Hawkins’ future doesn’t bode well.   When Ellie’s mother Marge publicly confronts Cass about the reading, the embarrassment makes her want to curl up and die. But when she later stumbles across Marge’s body—and is arrested for her murder—Cass is suddenly the star of Bay Island’s rumor mill.   Out on bail, Cass is determined to prove her innocence and save Ellie from meeting the fate in her unfortunate vision. But even with the help of her friends Bee and Stephanie, Cass will have to channel some serious sleuthing instinct to find the real killer...

Click here to pre order this book from The Book Depository with Free Shipping.

Or here for Amazon
Thank you all for stopping by for a cup of tea and to chat about an up coming mystery!
I would love to hear from you so please leave me a comment here or email me at karenmowen@gmail.com
Posted by Karen M. Owen at 12:00 AM