Sense of Deception by Victoria Laurie, Impressive Mystery, Suspense And So Much More! 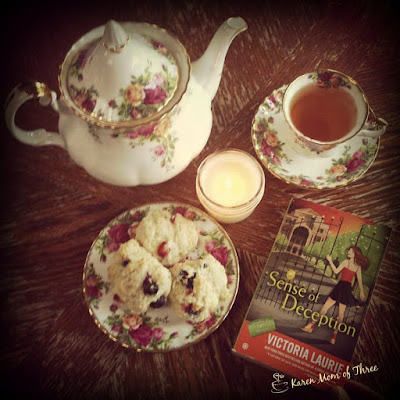 Oh how I enjoy and fear this series. Book 13 of Victoria Laurie's A Psychic Eye Mystery, Sense of Deception, does not disappoint with an on the edge of your seat story, mystery and its revelation.  I say fear this series because I have been known to put more then a few of her mysteries on ice literally, while I gather my nerves! My friend once told me that if you have a book that is too good to put down but is scaring/or stressing you out too much you put it in the freezer. I have to admit I was tempted with this one but the story was just too good! Victoria Laurie's books are written in such a way that they feel as though they are ripped from the headlines, and so real. I can clearly see each character perfectly in my mind, setting and horrific crime as well.
This story was more deep and dramatic then your average cozy and the subject matter more gruesome then cozies usually get into, however the way Victoria Laurie tells her mysteries, unfolds the stories is like nothing I have ever read before. I do recommend this series and truly have loved Sense of Deception. 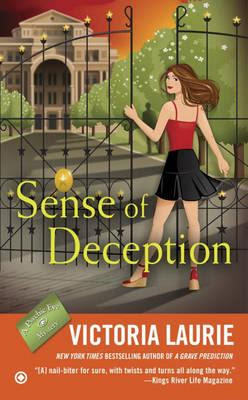 " Abby Cooper senses a convicted killer is innocent, but she ll need hard evidence to save the woman before it s too late A ticked-off judge has tossed Abby in the slammer for contempt of court, and during her brief but unpleasant stay she learns the story of a condemned woman who is confronting a far more serious sentence. Skyler Miller has been found guilty of murder and faces the death penalty. Everyone believes she s guilty, including her own family and her ex-husband everyone, that is, except Abby, whose finely honed intuition tells her this woman doesn t belong behind bars. With the help of her husband Dutch and her friend Candice, Abby launches into her own investigation to clear Skyler and find the real killer. But after a final appeal is denied and Skyler s attorney scrambles for a stay of execution, time is running short and the list of suspects keeps growing. There s no margin for error as the life of an innocent woman hangs in the balance. . . ." 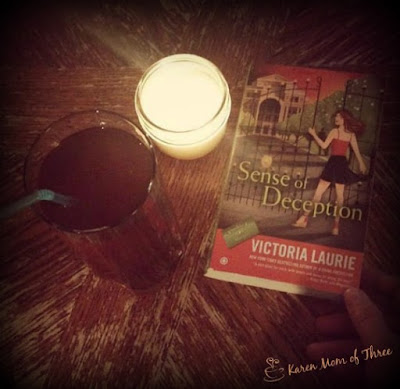 Sense of Deception is out now and you can order your book with free shipping from The Book Depository by clicking here.
Learn more about Victoria Laurie and her series by clicking here

Thank you for joining me for a cup of tea and a cozy mystery review I would love to hear from you so please leave me a comment here or email me at karenmowen@gmail.com
Posted by Karen M. Owen at 12:00 AM