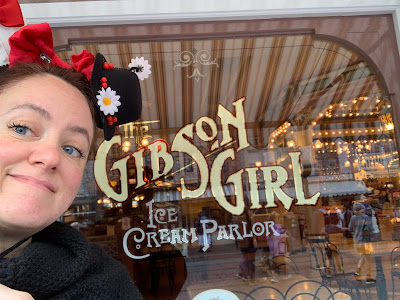 Growing up a "Gibson Girl" I have vague recollections of my parents talking about the importance of being proud of being a Gibson Girl, years later I remember coming to Disneyland and seeing for the first time the Gibson Girl Ice Cream Parlor, I will admit that until now I had no real idea what it was or what it meant to be a Gibson Girl. 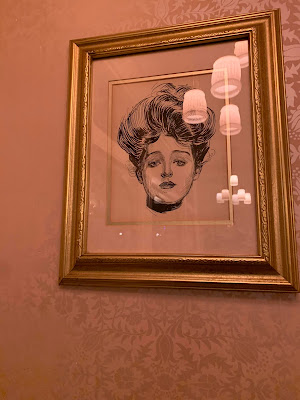 As a child I remember seeing this image but not understanding anything other than it was a Gibson Girl, for me I was taught to be proud of my last name and I did not realize that while the Gibson Girl art work, was the personification of the ideal of beauty in the late 19th and early 20th century. It was the pen and ink drawing of artist Charles Dana Gibson who actually gave us the Gibson Girl. 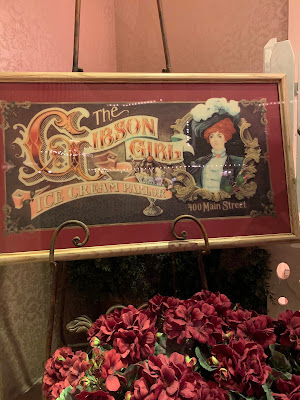 I took sometime to look around this Ice cream shop and snap a few photos of the artwork and the displays. 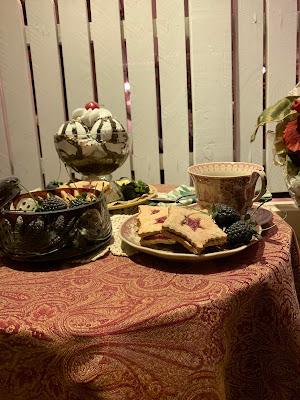 I loved the table set up in the window with the red transfer wear cup and tennis set with the jam, the ice cream Sunday in the back, what you don't see are the chaotic lines and frantic parents qued up for ice cream on that late Saturday night. 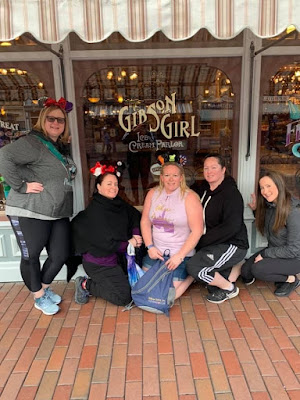 What I learned about Gibson Girls is that they were the ideal woman, a picture of health and beauty, Independence and a standard to which all other beauty was held. They were sophisticated, leaders and that the pen ink drawings inspired a beauty trend and ideals that are still relevant today. Here is a photo of my sisters and sister in laws. It was very fun to all get together for a photo on our trip. 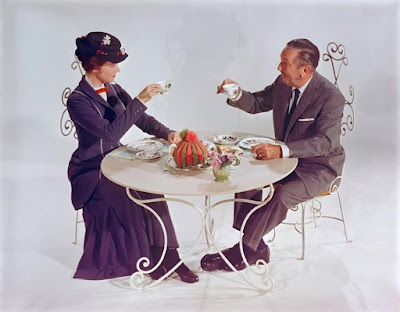 Mary Poppins was very much done in the style of the Gibson Girl, I think now as an adult I am more impressed by my connection to the Gibson Girl, however far removed from the Artist himself.
Thank you for joining me for a cup of tea and a look at the Girl's Ice Cream parlor of Disneyland.
I would love to hear from you so please leave me a comment here or email me at karenmowen@gmail.com
Posted by Karen M. Owen at 12:00 AM