A Good Day To Buy by Sherry Harris 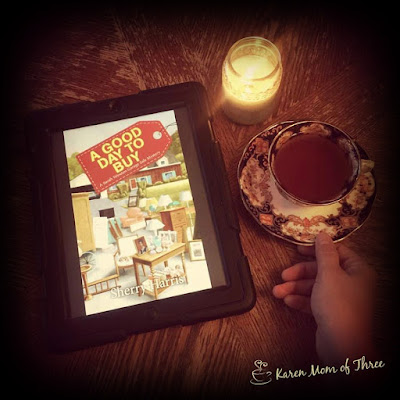 A Good Day To Buy is an excellent read. Sherry Harris has written a brilliant mystery. This is the first I have read in this series and it blew me away. I found I cared so much about each and every character, was so emotionally involved in the story and even cried when it was over. I have so much respect for Sherry and how she wrote this book, the great care and attention she put into each character and how she highlighted & evoked the need to show more appreciation for military families, their struggles during deployment and the much needed after care even decades later. Even though I am new to this series I can tell you that this series has so much heart you will want to read the entire series! This one is out April 25th and one to read for sure. 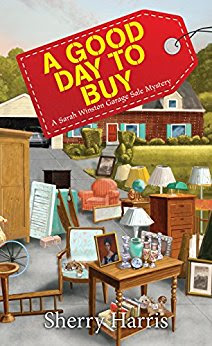 When Sarah Winston’s estranged brother Luke shows up on her doorstep, asking her not to tell anyone he’s in town—especially her ex, the chief of police—the timing is strange, to say the least. Hours earlier, Sarah’s latest garage sale was taped off as a crime scene following the discovery of a murdered Vietnam vet and his gravely injured wife—her clients, the Spencers.  BUT IS HE A KILLER?All Luke will tell Sarah is that he’s undercover, investigating a story. Before she can learn more, he vanishes as suddenly as he appeared. Rummaging through his things for a clue to his whereabouts, Sarah comes upon a list of veterans and realizes that to find her brother, she’ll have to figure out who killed Mr. Spencer. And all without telling her ex . . .
To pre order this April release from Amazon please click here.
To learn more about this series and Sherry Harris please click here.

Thank you for joining me for a cup of tea and a cozy mystery review. I would love to hear from you so please leave me a comment here or email me at karenmowen@gmail.com
Posted by Karen M. Owen at 12:00 AM