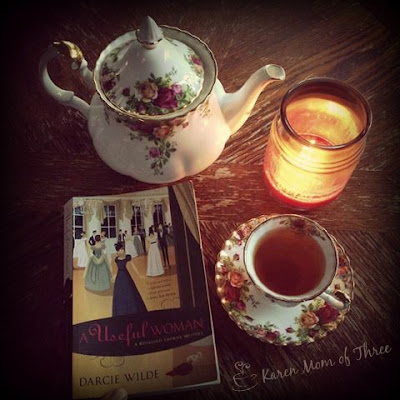 I was sent the most wonderful first in series by Darcie Wilde  called A Useful Woman
an Austen Era Mystery that was captivating, creative and fun!
The cover is also one I simply love! 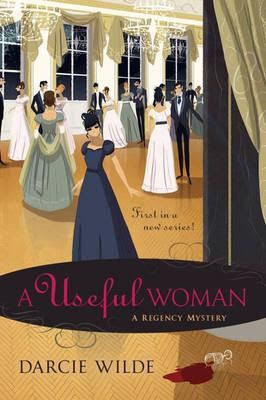 "Inspired by the novels of Jane Austen, this new mystery series set in 19th-century London introduces the charming and resourceful Rosalind Thorne, a woman privy to the secrets of high society including who among the "ton" is capable of murder... The daughter of a baronet and minor heiress, Rosalind Thorne was nearly ruined after her father abandoned the family. To survive in the only world she knew, she began to manage the affairs of some of London society s most influential women, who have come to rely on her wit and discretion. So, when artistocratic wastrel Jasper Aimesworth is found dead in London s most exclusive ballroom, Almack s, Rosalind must use her skills and connections to uncover the killer from a list of suspects that includes Almack s powerful patronesses and her former suitor Devon Winterbourne, now Lord Casselmaine. Torn between her old love and a growing attraction to a compelling Bow Street runner, Rosalind must not only unravel the mysteries surrounding Jasper s death, but the mysteries of her own heart as well..." 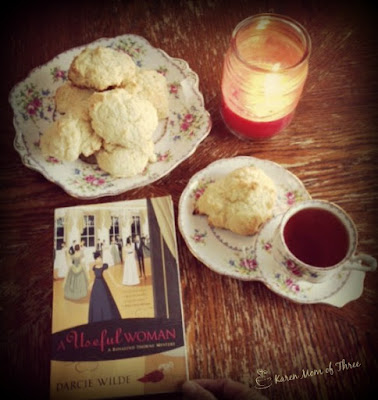 Reading A Useful Woman I was whisked away to Austen's World, a time when an independent woman even an well connected one was almost unheard of. All the social graces and customs mastered mattered little if your family was in disgrace, however in this lovely story Rosalind Thorne manages to navigate the wire between the aristocracy and the influential woman who run London Society.  I expect great things from Darcie Wilde in this series and if you love all things Austen, this is a great series to get into! 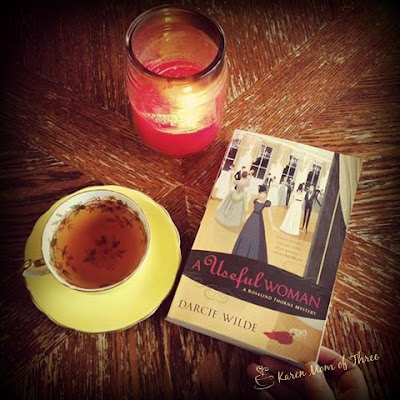 Click here to order your own copy A Useful Woman from The Book Depository
Learn more about Darcie Wilde by clicking here for her website.
Thank you for joining me for a cup of tea and a cozy mystery review, I would love to hear from you so please leave me a comment here or email me at karenmowen@gmail.com
Posted by Karen M. Owen at 12:00 AM